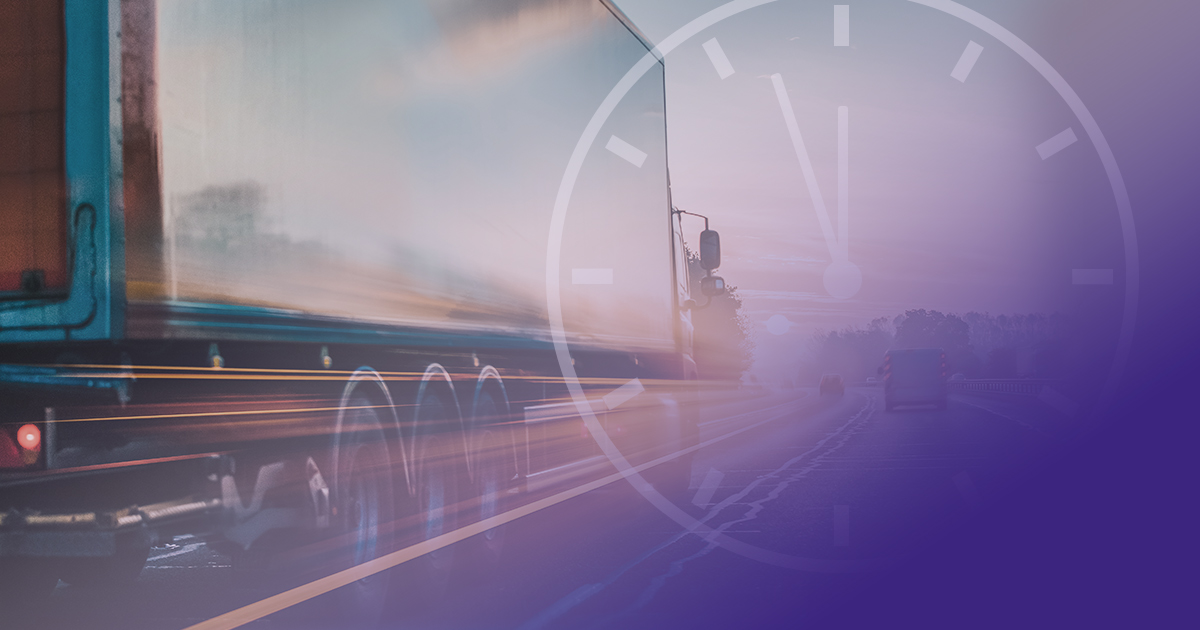 Last week’s decision by Government to allow a further temporary relaxation of drivers hours rules may be necessary. Port delays and queues may be inescapable. Yet it is a worrying signal that driver health and wellbeing may be at the back of the queue of priorities.

The risks of prolonged drivers hours

The pandemic has already caused some concerns about the health and wellbeing of HGV drivers. They were considered key workers during lockdowns as they kept goods moving, facing fresh risks as a result. Sanitisation and PPE were considerations for any workers handling freight and goods that passed through multiple hands, for example. So was driver fatigue, as drivers’ hours were relaxed during the first lockdown. That was to ensure the delivery of vital goods to supermarkets, hospitals, fuel stations and so on.

The new relaxation aims to ease the flow of goods in the runup to and beyond Brexit. How long they will be in place is hard to foresee. However, some negative impacts of extended hours are all too easy to predict and may start immediately. Prolonged hours driving or queuing at ports will encourage even less regard for personal health. It will limit healthy eating choices and restrict physical movement even more than usual. Drivers may risk driving while fatigued.

The general health and wellbeing of lorry drivers has been a concern for many years. Driving is a high stress, sedentary and anti-social job that often leads to poor health.

The ongoing SHIFT study by the Universities of Leicester, Loughborough, Nottingham and the UHLM NHS Trust is investigating this. It has confirmed high levels of obesity, anxiety, hypertension and diabetes, sleep apnoea and more.

While each driver is responsible for their own health, monitoring their fitness to drive is the responsibility of employers.

Temporary suspension of some aspects of licensing already create some risk. Medical standards for driving are set by the DVLA and HSE. The normal requirement for a D4 medical examination report for drivers over 45 has been suspended due to the pandemic. Licence extensions were provided automatically for those whose licences expired this year.

This was a practical response to a real issue, but it creates a risk. Many drivers are now on the road without any assurance of their current health or fitness to drive.

It is worth noting too that every HGV driver is also a NHS ‘customer.’ Just like the rest of us, they may have missed routine screenings and face undetected future health issues.

Fatigue is a serious problem causing many thousands of road accidents each year overall. Road safety charity RoSPA estimates that driver fatigue may be a contributory factor in 20% of accidents. Such crashes are around 50% more likely to result in death or serious injury.

Unconscious drivers cannot brake or swerve, and tired drivers’ reactions are slowed. The physical impact in an accident due to the momentum of a heavy or long goods vehicle is disproportionately greater than for any passenger car.

The landmark case which tested the liability of past and present employers should be fresh in the minds of logistics businesses. It followed the tragic case of a Glasgow bin lorry crash in 2014 that killed six and injured 15 people. The health status of the unconscious driver was not sufficiently noted, despite earlier incidents in his current and previous jobs. The Scottish Court of Session ruled in December 2019 that the driver’s current employer, Glasgow City Council, could not argue that former employer references did not highlight that driver’s health issues.

The stark reality in that tragic case was: his employer should not just have known but checked on the driver’s health and fitness to drive.

While the relaxation of hours may seem an inescapable necessary at present, it is vital that the businesses that employ HGV and MGV drivers recognise the risks and are proactive in their efforts to protect them.

While employers have a duty of care to their staff, and also a duty to protect themselves from liability, these are far from the only factors. Logistics firms who face a constant shortage of qualified drivers will feel the benefit of supporting lorry driver health in the long term. Far too many drivers lose their HGV licences long before retirement age as a result of ill health. Keeping healthy drivers at the wheel will be important for every business.

Supporting HGV driver health is an issue of strategic importance. It should benefit from greater attention and investment than many firms currently devote. Managing drivers during these periods of temporary relaxation must be factored into long-term employee health considerations. Short term operational benefit should not be the only goal.

This website uses cookies to improve your experience while you navigate through the website. Out of these cookies, the cookies that are categorized as necessary are stored on your browser as they are essential for the working of basic functionalities of the website. We also use third-party cookies that help us analyze and understand how you use this website. These cookies will be stored in your browser only with your consent. You also have the option to opt-out of these cookies. But opting out of some of these cookies may have an effect on your browsing experience.
Necessary Always Enabled
Necessary cookies are absolutely essential for the website to function properly. This category only includes cookies that ensures basic functionalities and security features of the website. These cookies do not store any personal information.
Non-necessary
Any cookies that may not be particularly necessary for the website to function and is used specifically to collect user personal data via analytics, ads, other embedded contents are termed as non-necessary cookies. It is mandatory to procure user consent prior to running these cookies on your website.
SAVE & ACCEPT